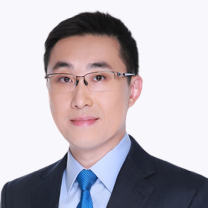 Dr Dennis Ng, a senior Shoulder, Knee & Elbow specialist surgeon, was the former Deputy Head of the Shoulder & Elbow Division and a key member of the Sports Medicine Division in National University Hospital before moving on to private practice.

He underwent subspecialty training in the management of sports injuries under a Ministry of Health Scholarship at the Fowler Kennedy Sports Medicine Centre, Ontario, Canada. He has extensive experience with sports injuries, having treated professional athletes in North America. In addition, he received the Gold Medal Award for being the top candidate in the Fellowship of the Royal College of Surgeons Examination (FRCSEd Orth).

He is skilled in minimally invasive techniques for better surgical outcomes and reduced downtime. Patients include national athletes for sports such as basketball, soccer, judo, rugby, rock climbing and cycling etc.

As a firm believer in the training of younger surgeons, Dr Ng was a Core Faculty for the NUH Residency Program, and part of the Organizing Committee for the National Shoulder & Knee Arthroscopy Course.

He was conferred the title of Assistant Professor by the National University of Singapore and was also appointed to various positions at the institution. These included Patient Safety Officer, and Clinical Documentation and DRG Coding Clinician Champion.

He was also responsible for the supervision and mentoring of residents posted to the Department of Orthopaedic Surgery, NUH. In May 2018, he was the Co-Convenor for the Joint Specialty Fellowship Examination in Orthopaedic Surgery. Besides postgraduate teaching, Dr Ng was also involved with undergraduate teaching in clinics and tutorial sessions.  He was the Convenor for AY17/18 – 3rd Professional MBBS Examinations and was also regularly involved as an invigilator for the MBBS Phase III and V examinations.

Besides his clinical duties, Dr Ng has also contributed to the scientific literature of Orthopaedic Surgery with papers published and abstracts presented at both local and international medical conferences.